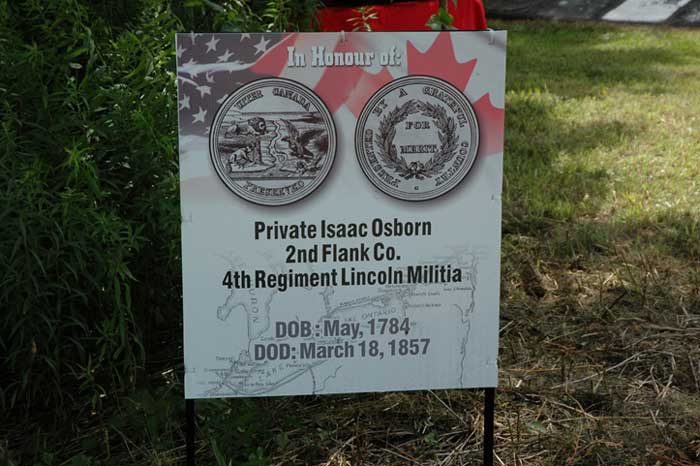 Isaac Osborn was born in the United States in 1784.  He emigrated to Canada, married Susannah Houser circa 1810 and resided in the Township of Grimsby in Lincoln County.

They had nine children:

Isaac served as a Private in the 2nd Flank Company, 4th Regiment Lincoln Militia commanded by Captain Jonathan Moore. As a result of this service he was granted 100 acres (W 1/2 Lot 31, Conc 10) in Erin Township in the County of York in the Home District.  He fulfilled his obligations of settlement and was given clear title in 1826.

Isaac and his wife Susannah are both buried in Vandecar Cemetery (E 1/2 Lot 15, Conc 10) in East Zorra Township.  As shown on a Cemetery tablet: