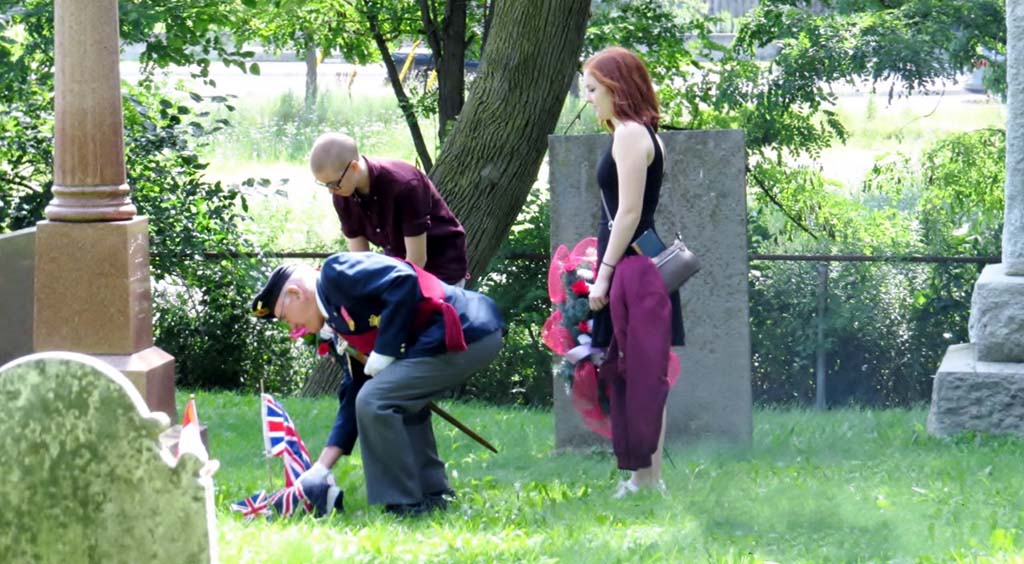 Levi Green was born in May 1783 in Hardwick, Sussex, New Jersey, United States. He was the son of Ensign Adam Green UEL and Martha (Smith) Green. (Source: Upper Canada Land Petitions “C” Bundle 20, 1836-1837, RG1, L3, Vol 213, Petition #87) Adam Green UEL, who was a recruiter for the New Jersey Volunteers, acting under Colonel (Judge) Nathaniel Pettit during the Revolutionary War, had Lot 24 Conc. 4, Saltfleet Township, and petitioned for additional land in 1794, after which he received an additional 300 acres (Lot 24, 25 and 26, Conc 5) adjoining.

Children of Adam Green UEL and Martha  were:

“the son of Adam Green of the Township of Saltfleet… UE Loyalist who retained his loyalty during the late war: and that the said Levi Green did his duty…”

In 1808 he married Christina (Tina) Cook who was born  in 1780 in Pennsylvania.  She was the daughter of Jeremiah Cook and Hannah Walters, who are buried in the Stoney Creek Municipal Cemetery, Hamilton, Ontario. Christina (Tenie Green was the name on the death record) died on 7 Mar 1882 at age 102 years at her home on Lot 26 Concession V in Saltfleet, Wentworth, Ontario. Levi Green died in Saltfleet, Wentworth, Ontario on 24 Jun 1846 at the age of sixty-three years old.

“…We heard that the American Army were camping down east below the Forty, so my brother Levi and I went down the road on top of the mountain about 6 o’clock in the morning June 5. We got to the Forty and stayed out on the peak of the mountain above the Forty until noon when we spied troops marching up the road. We stayed there until all the enemy but a few had passed through the Village. Then we yelled like Indians. I tell you those simple fellows did run. Then we ran along the mountain and took down the road the Americans had just passed over. Levi ran across a soldier with his boot off, putting a rag on his foot. The soldier grabbed for his gun, but Levi was too quick for him, hitting him with a stick until he yelled in pain and some of the scouts fired at us.…”

“The writer has in his possession the sword that Col. Harvey gave to Billy the Scout, part of the uniform worn by him, also his army drum, upon which he was an expert. His brother Levi was a good fifer. These two brothers took an active part in furnishing music for the militia on their June 4 training days and other occasions when good martial music was needed. “

Published in 1938 in Hamilton Spectator by John Green, grandson of Billy the Scout. Battlefield House Museum.