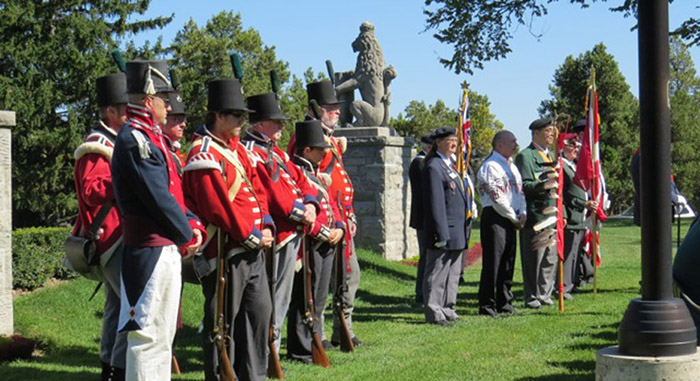 Mounted on the cairn marking their resting place is a plaque that reads “In Memory of the Officers and seamen of the Royal Navy, Officers and non-commissioned Officers and Privates of the Royal Artillery, Royal Engineers, Royal Marines, 1st  Royal Scots, 19th Light Dragoons, 6th, 8th (Kings), 41st, 82nd, 89th, 103rd, 104th, and DeWatteville’s Regiments, The Glengarry Light Infantry and the Incorporated Militia who fell during the siege of Fort Erie – August and September 1814”. 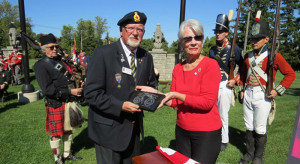 Inside the fort, another plaque was placed recording the names of the officers who died and were buried there.  Their names, ranks and regiments are as follows:

The other 137 men are unidentified.